Freeing The Muse Within

A man I’ve known casually for a few years recently approached me at a social event. He began a conversation that quickly turned to a discussion surrounding sensuality and mutual pleasure, and it became apparent that he felt a lack of both in his life. He also revealed that he’d been in both the military and an unhappy marriage for over 30 years, and was sadly aware that these life choices had curtailed his freedom of expression on many levels. Sensing interest in creative and sensual activities, I described an ecstatic dance event that I attend weekly, and he began to ask questions. Giving him the time and location, I added that he might find it just the opening he needed to begin to bring more passionate expression to his life.

To my surprise, he showed up the next morning at the event, but had a very difficult time entering into the flow with everyone. He was too used to structure and instructions, and needed assistance in allowing himself to let go into the music and energy. During my dance, I swirled around him at various times, inviting him into my flow, encouraging him to find his own.

Afterwards he came up to talk to me, and very awkwardly asked if we could spend some time together. Because he wasn’t clear in his intention, I suggested that we meet for coffee. His face took on a stricken expression, and he suddenly grabbed my hands and blurted out, “No! I want to feel you touch me! I want to make love to you, and have you see me deeply!” He continued on for a few moments before catching himself. It was obvious that his deep desires had burst out of him without warning, as tears gathered in his eyes. “I’m sorry, I shouldn’t have said any of that.”

His outburst prompted me to answer him as a qadishtu practitioner, and I gently reassured him that what he had said was perfectly clear and acceptable, and I was greatly touched by his honestly and heartfelt emotion. We talked for a bit more, and by the time I’d reached home, I’d received an impassioned email from him filled with esoteric poetry references, and his declaration that he thought he’d found in me the muse that could unlock his inhibited passions and deepest desires. Through a series of emails and face-to-face conversations, as I explained my role as a qadishtu and offered my services from that sacred place, it became clear that this was someone who was absolutely unwilling to move out of his comfort zone in order to access his long-held dreams.

I found out that between his 30-plus years of military service, and his upcoming five-year doctoral program, he had given himself 3 months of ‘freedom’ in order to ‘awaken his muse,’ as he put it. Yet in reality, every option I offered him in order to do just that was rejected. What was interestingly clear to me was the way he viewed himself, and insisted that I view him as well; a learned and intelligent man with a vast knowledge of obscure romantic references, who would deign to shower his pent-up passion upon me if only I were immensely and properly grateful for his worshipful adoration. I would have laughed if it hadn’t been so apparent that he truly believed this of himself.

This, of course, was not my viewpoint of the situation, which I gently attempted to convey to him over time. What I saw was a very unhappy man, resentfully married to a woman whom he both respected and despised for her catholic virtues, full of repressed rage and self-loathing because of his fear to move beyond his own imposed boundaries. As he was moving from the area within a month, I offered to introduce him to two other well-known qadishtu in his new hometown, as well as a session or two with myself before he left. But he refused all of this on the grounds that what he sought and what I though he needed differed. His last words were that he hoped the muses would cross his path with another woman who exhibited my same wonderful karma, presence, and candor, with whom he could complete himself by worshiping her with abandon.

At that point it was clear that there was nothing else for me to say, and I wished him well in his new journeys. I reflected on the fact that while we as qadishti shine with a light of freedom that beckons seekers, not all of them are ready to receive the gifts we have to offer, and that this, too, is part of our path.
Posted by Daien at 10:19 PM

The Seekers who find us (but aren't ready) are just as important as those who readily accept the Qadishtu dynamic.

This also shows the negotiation and referral process.

Ah, yes. You worded this well.
I had just started to write about a similar situation when I read your post. Decided yours conveyed the message that we can only help those that allow us to help them.
sigh
But I will save my post for a later day. Always other issues to talk about. 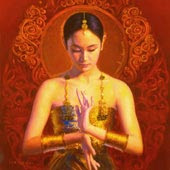 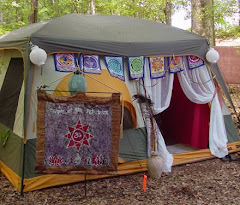 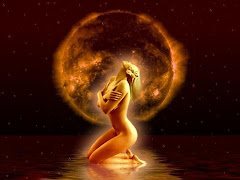